The new girl in Alma High School called Mali Roanne, suspects there’s more than meets the eye with her Lokoti friends. However Mali is hiding a supernatural secret of her own.

Mali Roanne is a shy 16 year old girl who has just moved from Africa to an Alaskan town called Alma. As Mali tentatively begins a romantic relationship with Kevin Wisetail, she wonders why he, Lucia Sabre and Xenthe Creillaic, don’t come to school when it’s a full moon? Although her Lokoti friends welcome Mali and her mother into their lives, she suspects that they’re hiding a secret. It is after an attack made by a coven of North American Vampires; that Mali discovers the truth about her new boyfriend and friends.With her Extrasensory Perception, Mali is able to fit into her friends’ world of different breeds of Werewolves, separate species of Vampires and Circulators. Although the planet has entered the ‘Second Renaissance’ with advances in technology; Mali finds there still are man-eaters lurking in the dark corners.

The adventures of the deliriously happy but slightly insane…but even insanity appreciates company. K.R. Smith aka onaya3 is a self-confessed writerholic, but rather than seeking help for her addictions, instead she indulges her obsessive compulsive disorder. The remotes must sit in order on the coffee table, as must her DVD collection which includes Star Trek, X-Files, Supernatural as well as British comedy. However her passions which come out as popular subjects in her sci-fi, supernatural, romance series are traveling (the world and through time), hauntings, werewolves, vampires, voodoo, ESP and always looking on the bright side of life (and death).

Be the first to review “Alma” Cancel reply 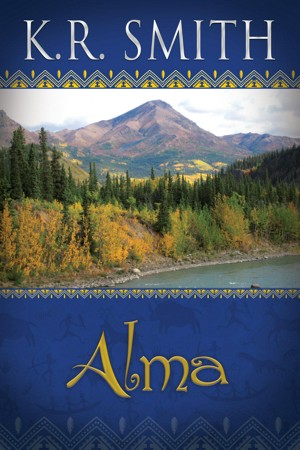