Horror Books to Chill Your Bones 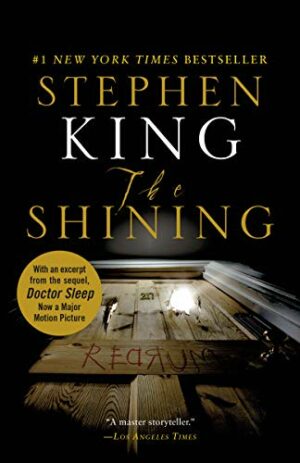 The Shining by Stephen King

The Shining is a novel by Stephen King that was first published in 1977. The story follows the Torrance family— Jack, Wendy, and their young son Danny— as they move into the Overlook Hotel to serve as its winter caretakers. Isolated from the outside world, Jack soon finds himself descending into madness, while Danny begins to see terrifying visions of the hotel’s dark past using his “shining” ability. Wendy fights to hold her family together as terror engulfs them, but the hotel seems to have a life of its own. The Shining is one of King’s most famous and well-loved novels, and it has been adapted for both the big and small screens.

It by Stephen King

It is a 1986 horror novel by American author Stephen King. It was his 22nd book, and his 18th novel written under his pen name Richard Bachman. The story follows the lives of seven children as they are terrorized by an evil being that exploits the fears and phobias of its victims. The novel is told through narratives alternating between two periods: the first half following the characters as children in 1958–1959, and the second half following them as adults in 1985.

It primarily focuses on the first half of the characters’ lives, which King described as “the part with most of the action and emotion”. The character Bill Denbrough is seen as the leader of the group of children known as “The Losers”, who fight against It.

The Exorcist by William Peter Blatty

The Exorcist by William Peter Blatty is one of the most classic horror novels of all time. It tells the story of a young girl who becomes possessed by a demon, and the lengths that her mother and two priests go to in order to save her. The novel was so successful that it was made into a hugely successful movie in 1973, and continues to terrify readers to this day.

published in 1967, is a classic in the horror genre. The story is about a young couple, Rosemary and Guy Woodhouse, who move into an apartment complex in New York City. They become friendly with their elderly neighbors, Minnie and Roman Castevet. Rosemary becomes pregnant and starts to experience strange symptoms. She starts to believe that her child is in danger and that the Castevets are up to something sinister. This book will definitely chill your bones!

The Omen by David Seltzer

This spine chilling story is about the birth of the Antichrist. When an American diplomat, Robert Thorn, realizes that his son Damien is the Devil’s child, he and his wife try to save their son’s soul. But it may be too late. Damien is a merciless boy who will stop at nothing to fulfill his dark destiny.

The Amityville Horror by Jay Anson

The Amityville Horror by Jay Anson is a classic horror story that has terrified generations of readers. The story is based on the true story of the Lutz family, who were terrorized by demonic forces in their new home in Amityville, New York. This chilling tale of terror and suspense is not for the faint of heart, but if you’re looking for a good scare, it’s well worth a read.

The Haunting of Hill House by Shirley Jackson

The Haunting of Hill House is a novel by Shirley Jackson, first published in 1959. The novel has been described as “a work of psychological horror”, and is considered one of the best works of the genre.

Set in the early 20th century, the story follows four main characters – siblings Eleanor and Luke, researcher Dr. John Montague, and medium Theodora – as they investigate Hill House, a reportedly haunted house. As they spend time in the house, each member of the group begins to experience supernatural activity, which leads to tension and conflict amongst them.

While some readers find the novel to be truly frightening, others see it as a more psychological study of fear and paranoia. Regardless, The Haunting of Hill House is widely considered to be one of the finest examples of horror fiction.

In Hell House, investigative journalist and skeptic Lionel Barrett is hired by Mrs. Deutsch to investigate the haunted Belasco House, also known as “the Hell House”. After spending a week in the house with a team of experts, Barrett comes to believe that the house is indeed haunted. However, he soon realizes that the scariest thing in the house may be the secret that Mrs. Deutsch is hiding.

The Girl Who Loved Tom Gordon by Stephen King

The Girl Who Loved Tom Gordon is a psychological horror novel by Stephen King, first published in hardcover by Hodder & Stoughton in April 1999. The plot focuses on nine-year-old Trisha McFarland who becomes lost while hiking with her mother and older brother in New Hampshire’s White Mountains. As she tries to find her way back to the safety of the trail, she begins to believe that she is being stalked by a supernatural entity.

Although The Girl Who Loved Tom Gordon is marketed as a children’s novel, it features intense child endangerment and violence which some readers may find disturbing.

The Girl Who Loved Tom Gordon

Let the Right One In by John Ajvide Lindqvist

This is a novel about a young boy named Oskar who befriends a vampire girl named Eli. It is a story of love, loss, and redemption that will stay with you long after you turn the last page.

Let the Right One In: A Novel

More Info
Leave a Reply Cancel reply
Disclosure of earnings
This page contains affiliate links. If you choose to purchase after clicking a link, I may receive a commission at no extra cost to you. Read more