Renowned, revered and immortalized in song, Rolling Stone has been synonymous with rock ‘n roll since it began as a San Francisco music newspaper more than 30 years ago. Today, it has evolved into a slick pop culture bible and definitive source for everything in entertainment, from music, film, television and books, to politics, social issues and pop culture. While Rolling Stone has evolved over the years, certain features and columns regarded as trademarks of the magazine have remained intact, such as “National Affairs,” “Rock & Roll,” and “Random Notes.” Rolling Stone is considered by many sources and reviews as one of the most influential magazines around, always delivering the greatest in music, film, television, and more. 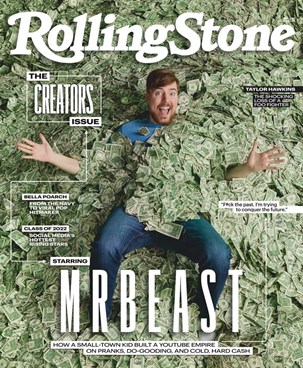